How it is made, BESE-reef paste with the help of a traditional mill in The Netherlands

starring Harm-Ydo Hilberdink (Krijtmolen D’Admiraal) and Karin Didderen (BESE). If you are not fluent in Dutch, or you want to know more after listening to the radio item, you can read the text below to get some insight in the process of making BESE-reef paste.

Imagine: Amsterdam in the 19th century

Built in Amsterdam in 1792 and standing along a large canal, you will find a unique type of Dutch windmill: the wind powered trass- and chalk mill “d’Admiraal”. This mill is especially built for grinding shell and stone. Limestone from France and vulcanic stone from Germany were brought to Amsterdam by ship, via the Amsterdam harbour and the large canals. Trass, the end product, is on high demand at that time, being the important bricklaying product used to build and waterproof the typical Amsterdam canal houses.

When you walk further, you reach the Amsterdam Dam Square with its historical Palace. Here one would find a special oyster market: the oysters at sale were from Holland and renowned for their exquisite quality. They were consumed in large numbers in luxurious “oyster salons”. Even the Tsar of Russia was so fond of their taste, that he imported them directly to his capital in Saint Petersburg.

Fainting away in the 20th century

After a thriving century both establishments fainted away. Windmills were replaced by oil fueled engines. The native oysters suffered from overharvesting and diseases and disappeared from the Dutch North Sea.

Now windmills and oysters are back!

After a discovery in 2015 the native oyster is back in the North Sea. Windfarms in the North Sea now often combine the production of sustainable wind energy with efforts to getting back the lost oyster habitat.
A major requirement for regaining native oysters is the presence of stable and suitable material for oyster larvae attachment. This material used to be live oysters, but with most oysters gone, we need to bring in shell-like materials to help kickstart new oyster reefs.

This is where the development of BESE-reef paste comes in. This coating and binding cement consists mainly of grinded oyster shells and attracts oyster larvae. It can be used for coating artificial materials that are placed in the offshore environment. We also apply it as a binding agent for shells to create large, heavy lumps that stay stable on the rough North Sea floor. And last, but not least, you can model it into various shapes, so that it is optimized for oyster settlement.

We are always looking for ways to produce our products in a sustainable way. So when we learned of the last historical chalk windmill in our country, we were thrilled they wanted to collaborate with us. Originally designed for grinding shells and stone, its centuries old millstones are now grinding shells again for our BESE-reef paste!

With a little help of the wind, we now have a raw material that is circular from oyster to oyster AND from windmill to windmill. 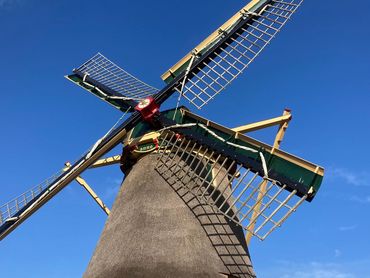 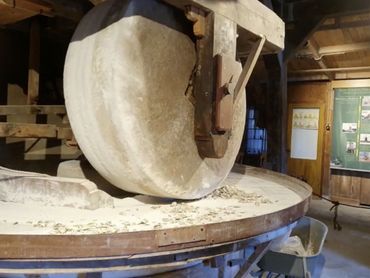 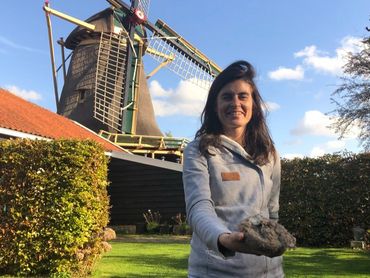 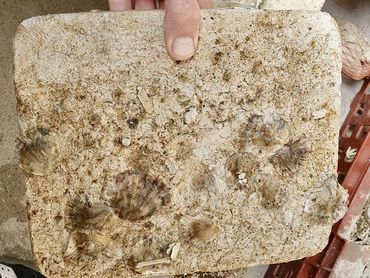